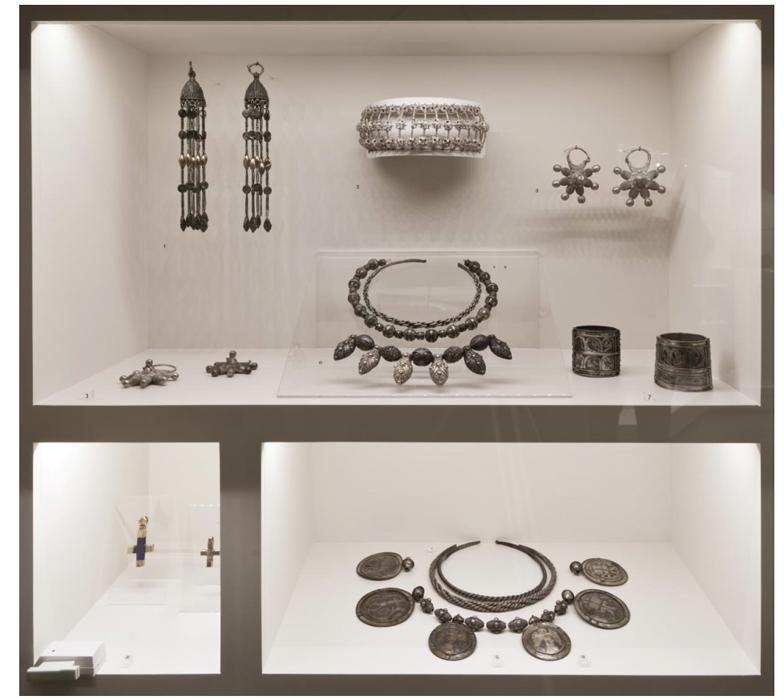 One of the most remarkable sections of the exposition includes ancient pieces of jewellery art dating back to the earliest period of Moscow history. Around two hundred exhibits, the vast majority of which are Old Russian jewellery, displayed in the first two showcases, comprise the rarest group of objects found as part of the hoards during archaeological excavations in the Kremlin territory.

In winter 1238, like many other Russian towns, Moscow was besieged and ravaged by the hordes of Batu Khan—the grandson of Genghis Khan. Two buried treasures of silver jewellery from the 12th - early 13th century, discovered by archaeologists in 1988 and 1991, had been hidden in the ground in those days, during the three-day defence.

The basis of these treasure-troves are decorations for head, hands and ceremonial costumes, looking at which it is difficult to believe that in pre-Mongolian times people knew and used such sophisticated techniques, which are still not accessible to every craftsman because of their laboriousness and complexity. In addition to jewellery, the 1988 complex included three silver ingots, a ceremonial dagger handle made of walrus bone and a dipper made of clam shell. The buried treasure consisted of three hundred objects, while the showcase contains exhibits that have survived in their entirety or have suffered minor losses. It is one of the biggest hoards of the Russian Middle Ages discovered by archaeologists on the territory of Old Russian towns and that is why it was called the "Great Kremlin Hoard". The second treasure, found three years later in the same area, consisted of twenty three objects and was similar in composition to the first one.

The first showcase presents a headdress decoration (agrafe) – openwork granular beads, which were stringed on a filigree wire (mounted on a metal plaque by restorers in order to guide the viewer’s eye); hexactinal headdress pendants (kolt) decorated with thousands small granules fixed on special ringlets by ancients jewellers; and twisted and braded torques.Scandinavian pendants in the form of a stylised bearded head are the most eastern finds of such kind in the European territory. There are also a variety of Old Russian necklaces and double-wing bracelets consisting of two wide plates. 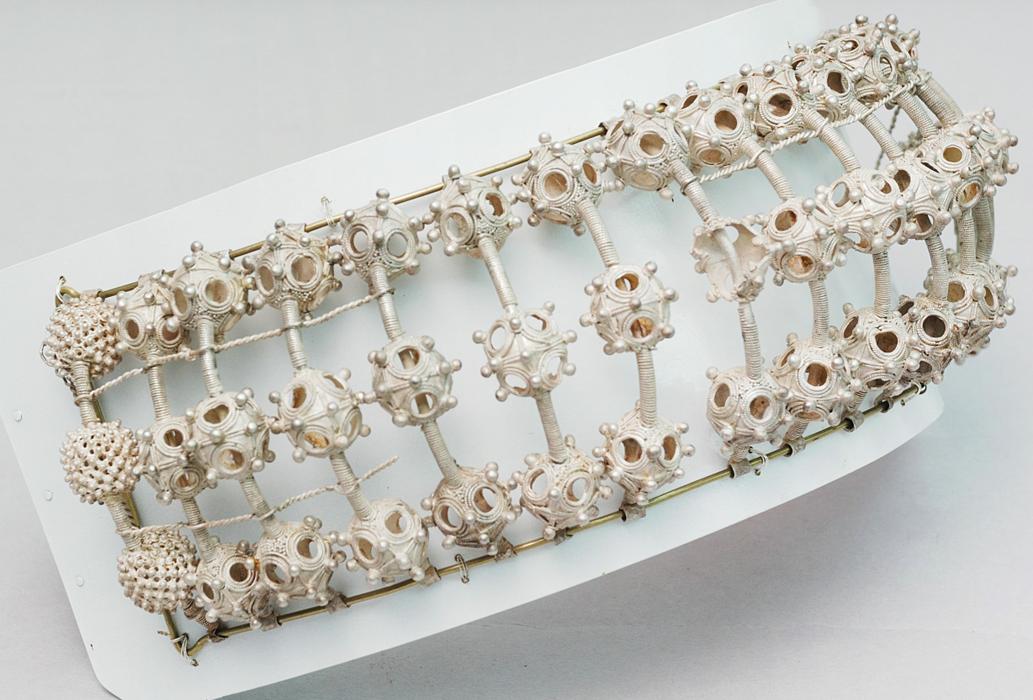 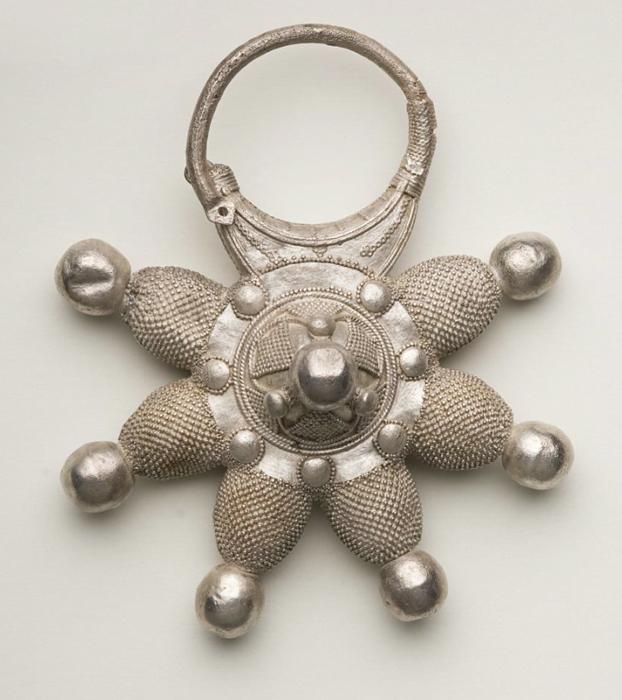 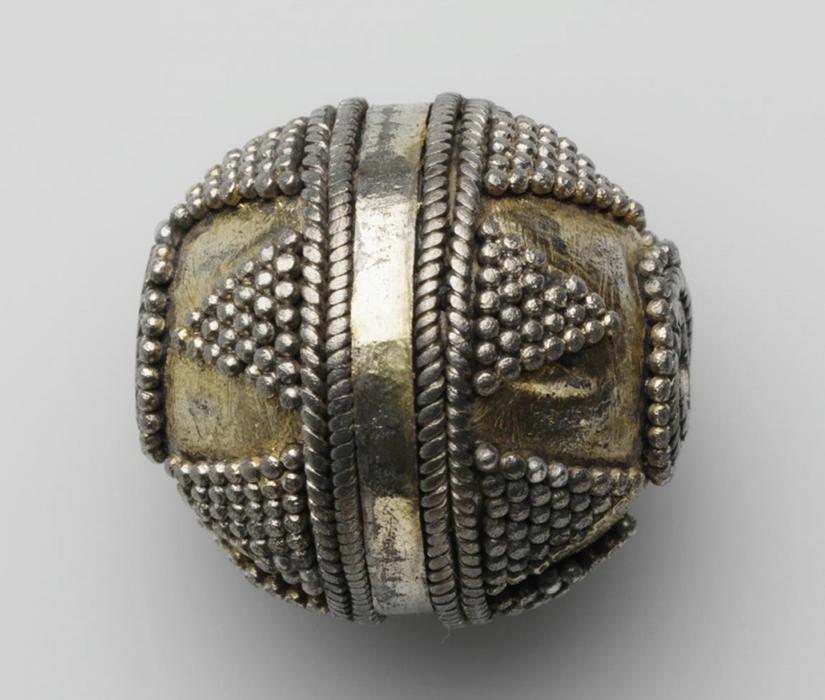 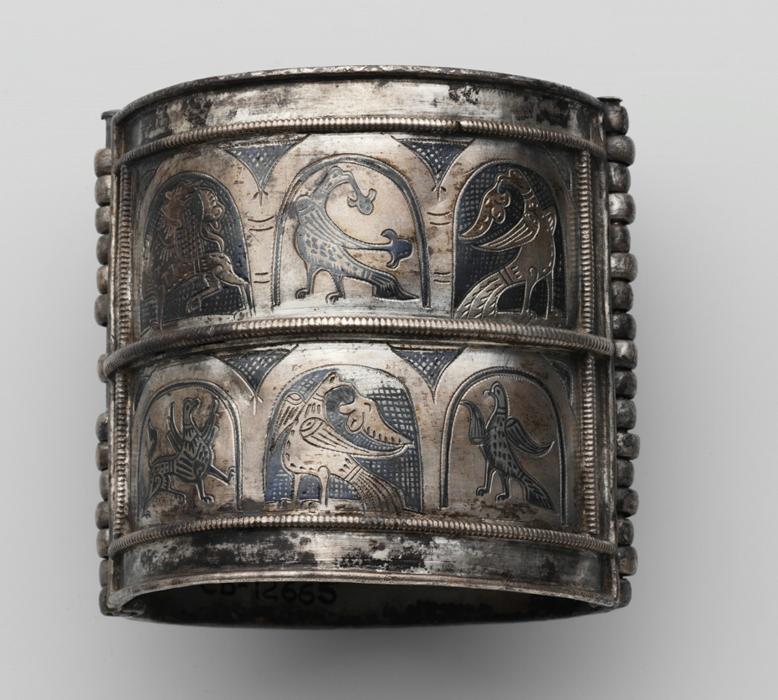 Silver-gilt medallions comprising barmy (regalia collar) that sovereigns wore on particularly solemn occasions are worth highlighting. Two of them depict the full-length Archangels, and the other four depict the bloomed crosses. One of the rare finds among the pre-Mongolian hoards is ryasny – noisy pendants to a woman's headdress. Many pieces were gilded by the ancient goldsmiths – mostly the medallions, numerous necklaces and sewn-on plaques of various shapes. 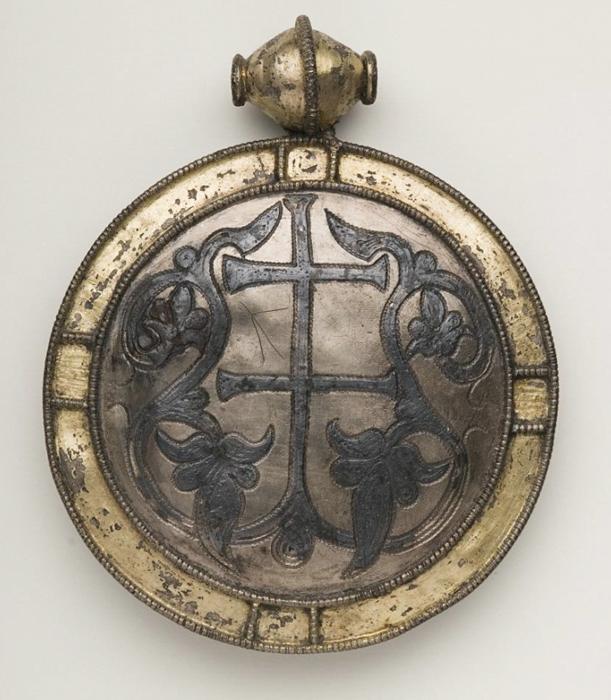 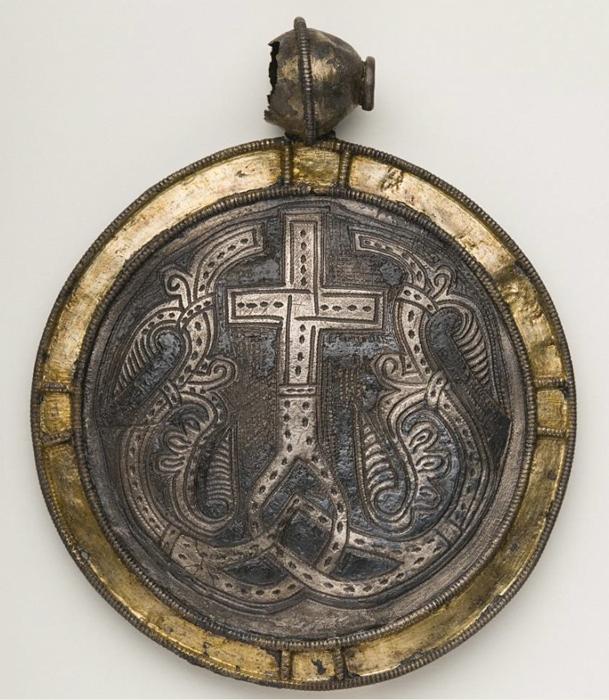 The showcase contains another little in amount hoard, found during restoration works in the Patriarch's Palace area in the mid-1960s and consisting of two Byzantine stone crosses made of blue Badakhshan lazurite and greyish-pink marble. The both crosses have gold plating on the edges. Similar crosses were made in the Byzantine Empire, whence they came by trade routes to different countries and Russia as well.

The works of Russian pre-Mongolian, Byzantine and Scandinavian art on display give an idea of the main historical origins that formed the basis of the Moscow culture.