SHOWCASE 4. INGOTS AND COINS OF THE XITH-XVIITH CENTURIES 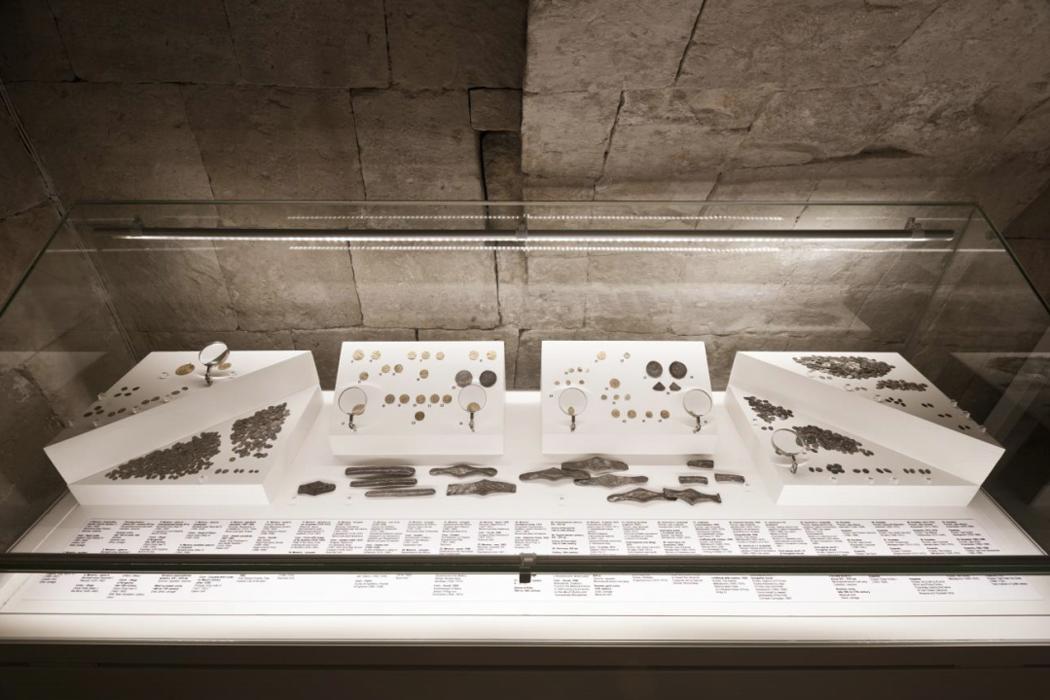 The exposition of the showcase incorporates numismatic artifacts of the XIth-XVIIth centuries, including examples of medium of exchange — ingots-grivnas (grzywnas), golden and silver Russian and foreign coins, which had been preserved in the territory of the Moscow Kremlin, within treasuries of Grand Princes and Tsars, treasure houses of noblemen and monasteries, in underground depositories of the Kremlin administrative and judicial offices. 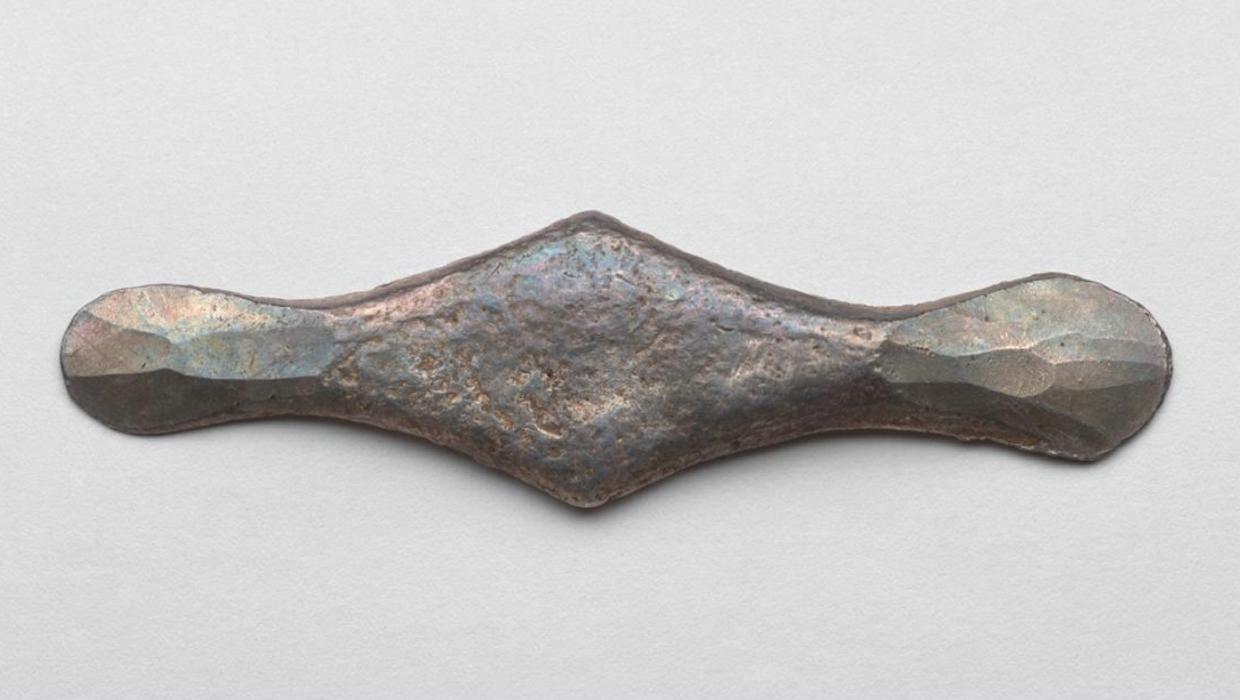 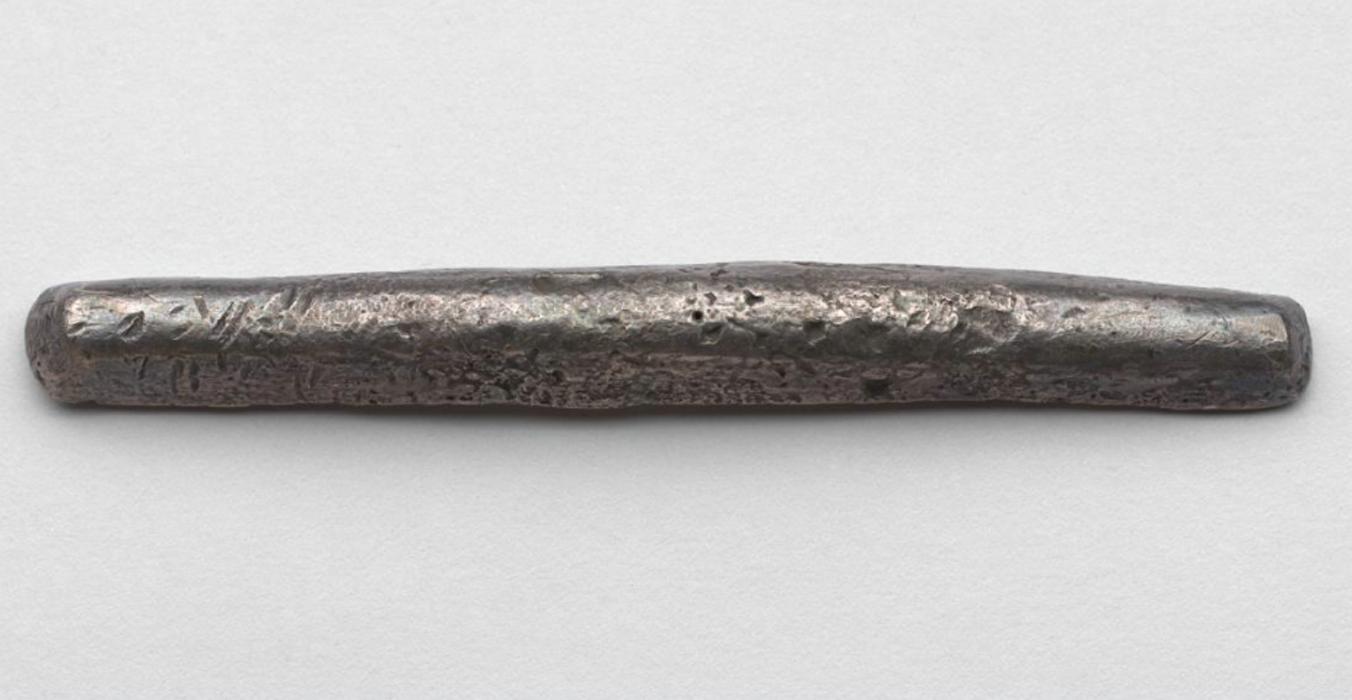 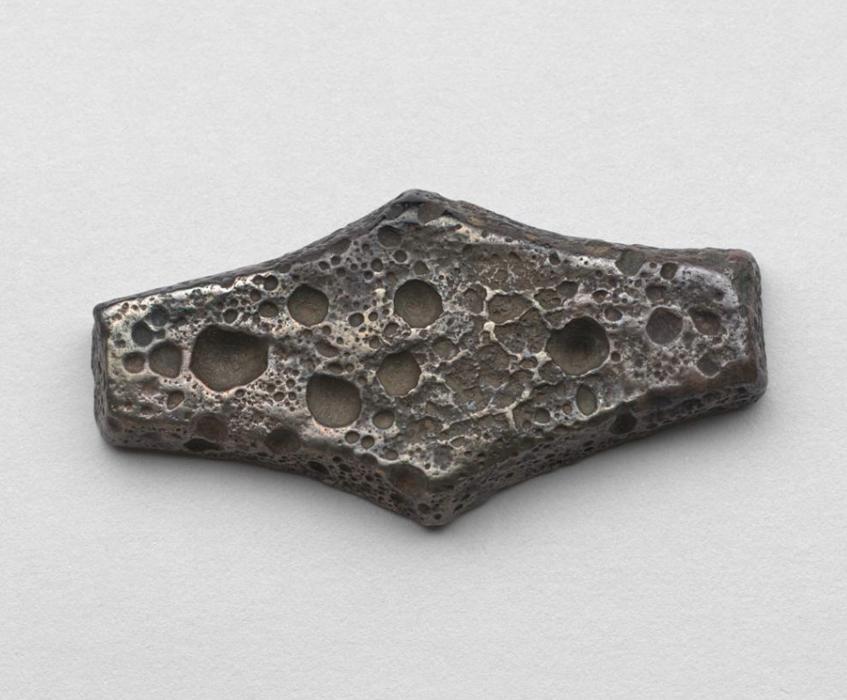 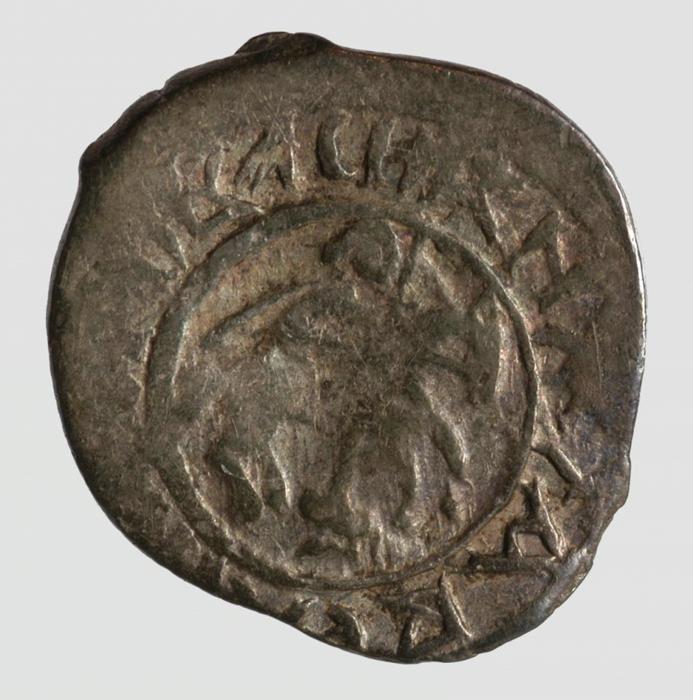 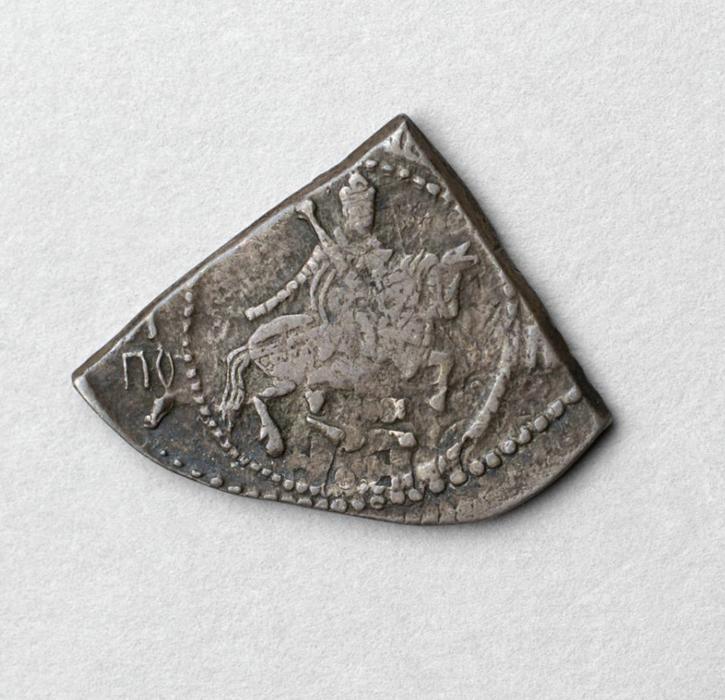 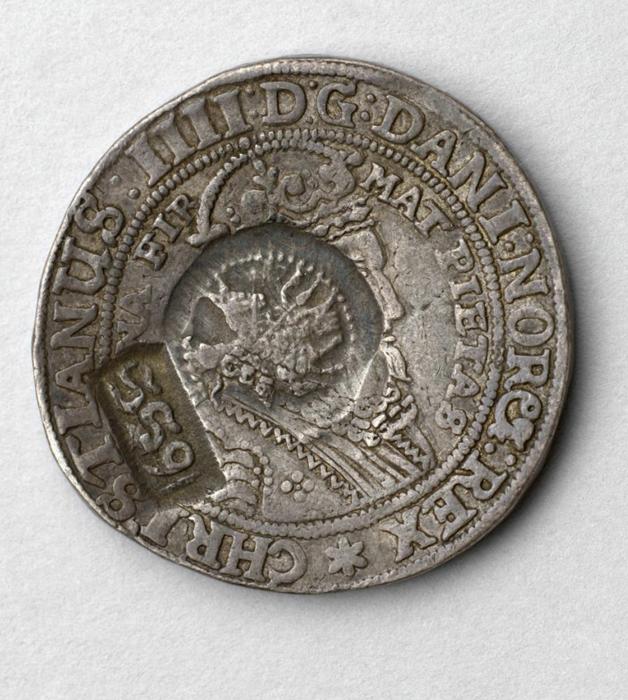 As the practice of precious metals mining has not been developed in the pre-Petrine Russia, our silversmiths and coin manufacturers were melting foreign coins down. Brought by European merchants these coins served as a raw material for making money. The showcase presents various ingots of the XIth-XVth centuries, including those marked with inscriptions in Russian or stamps of Grand Princes.

The collection of European coins includes Venetian ducats, golden coins of the XIVth—XVIIth centuries from England, Hungary, Germany, Portugal, Spain and France. Among the exhibits two rarities are worthy of particular note — a gold coin with a device of a two-headed eagle on a shield accompanied by the image of Louis IV "the Bavarian", and an English gold coin Rosenobel ("Ryal Rose Noble") with the image of King Edward IV of England, produced in 1464-1470s. According to the Russian records of the XIVth-XVIth centuries such coins have been traditionally presented to the Moscow sovereign as diplomatic gifts or granted to foreign ambassadors, Russian statesmen or members of the clergy as precious rewards, and even used as "trimmings" for decorating a venerated icon. 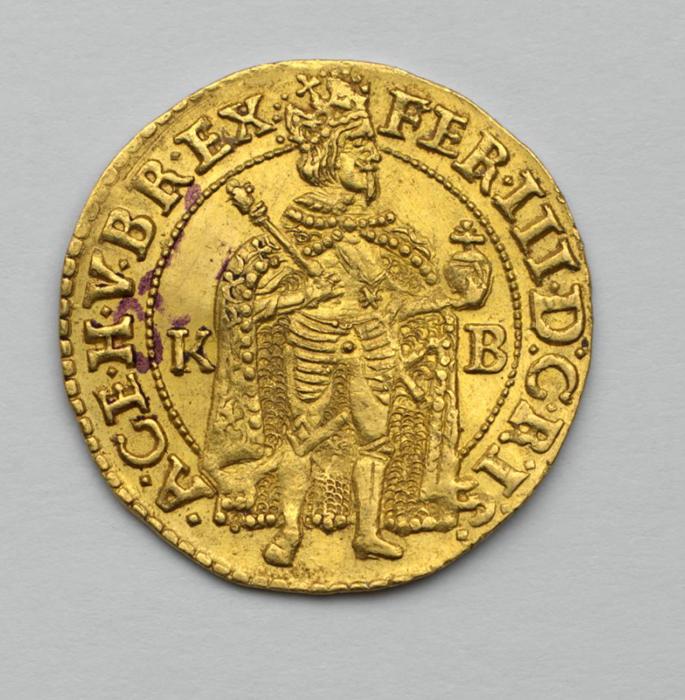 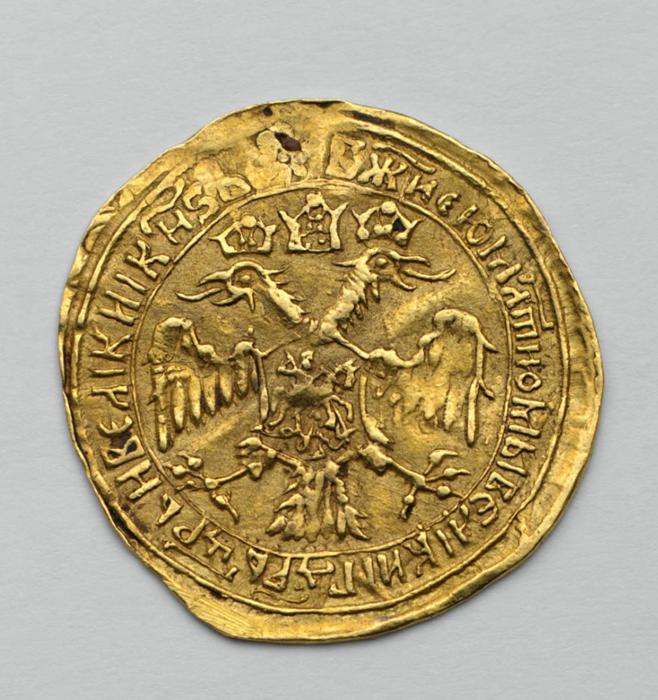 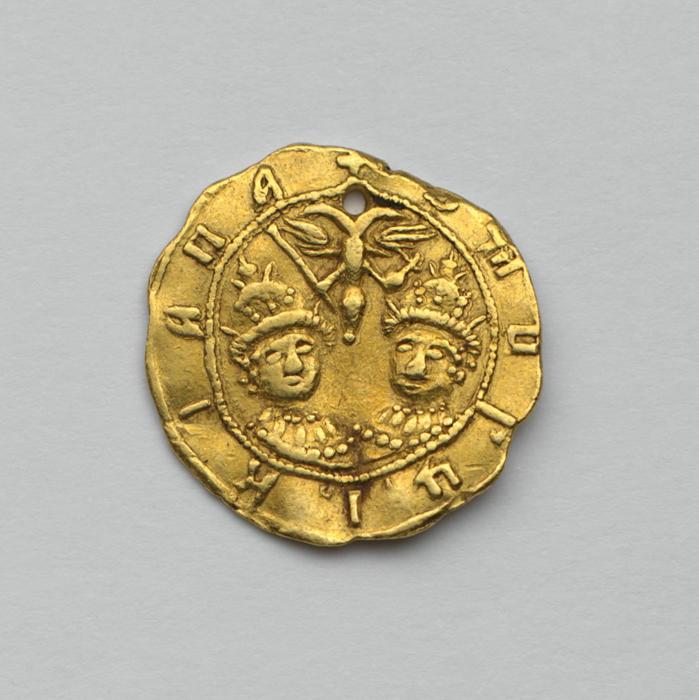 Items of great historical value are the European gold coins, discovered during archeological excavations in the territory of the Moscow Kremlin — a gold Dutch ducat of 1598 and a square Swedish ducat of 1607.

The exposed rare gold Russian coins of the XVIIth centuries were usually intended to serve as precious awards for distinguished service and military merit. The collection presents examples of European thalers — round silver coins, used by Russian silversmiths to coin Russian money. First Russian coins, crafted during the unsuccessful currency reforms of the XVIIth century, are also on display.