EXPOSITION 'TREASURES AND ANTIQUITIES OF THE MOSCOW KREMLIN' 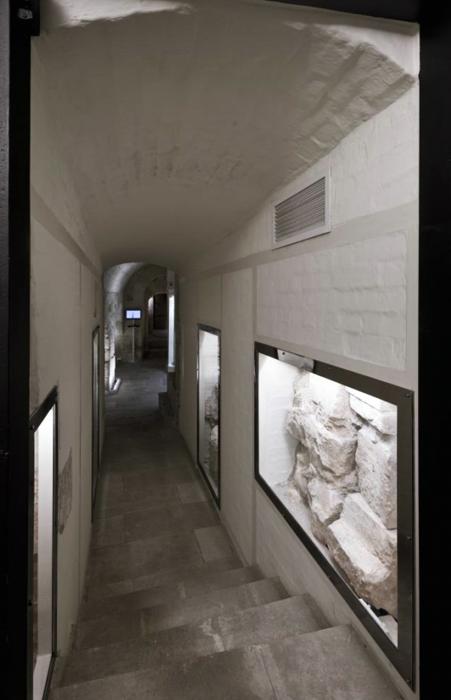 The exposition 'Treasures and antiquities of the Moscow Kremlin', arranged on the ground floor of the Annunciation Cathedral, comprises monuments and artefacts, found during the archeological excavations and scientific researches in the Moscow Kremlin territory, as well as those related to the history of the development of the Russian Tsars' treasure houses, or derived from the collections and treasures of the Russian noble people, high ranking officials and ancient monasteries. The exhibition is of high historical and artistic value through the quantity of the presented masterpieces of the XIIth—XVIIth centuries. At that time Moscow developed into a stable and prosperous principality, known as Grand Duchy of Moscow, which later on has become the center of the whole Russian state. The new museum is being opened on the basement floor of the Annunciation Cathedral, where the Great Princes' and Tsars' treasury had been kept many centuries ago.

Over 1500 items of the XIIth—XVIIth centuries, displayed within the exposition, served as valuable material possessions in the past. The collection includes masterpieces of decorative and applied arts, pieces of jewellery, arms and armour, silver and gold bullions and coins.

The display is divided into several sections which incorporate artworks of various types of decorative and applied arts. The section, worthy of particular attention, is the one dedicated to the art of jewellery making in the XIIth—XIIIth centuries. About 250 rarely seen items, derived from several buried treasures during the archeological excavations and scientific researches in the Moscow Kremlin territory, include precious pieces of jewellery, gems, remarkable cult-objects and domestic utensils of the Old Russian and pre-Mongolian period. 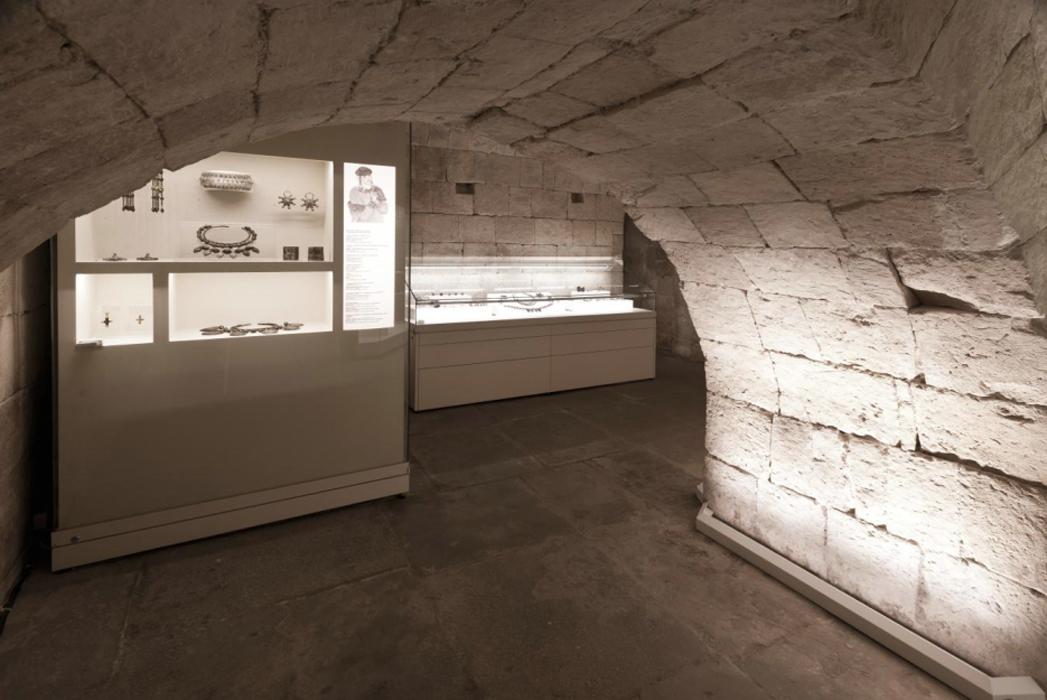 The collection of arms and armour of the XIIth—XVIth centuries present some tragic pages from the history of the Moscow Kremlin — a medieval fortress, which witnessed several incidents of intestine strife and foreign invasion, when people were forced to hide their valuable belongings, and lots of arms, jewellery and money were hidden or buried in the ground. 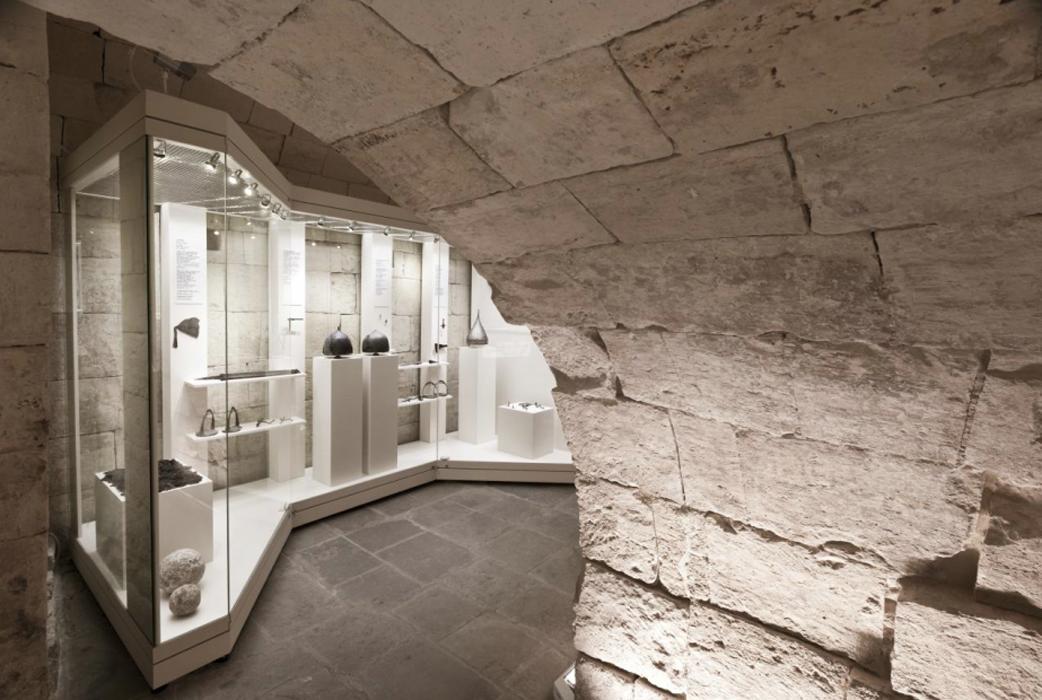 A remarkable collection of ancient Russian and foreign coins, gold and silver bars, grivnas from the last two sections incorporates precious items derived from treasures of the Moscow Tsars and Princes, Russian noblemen, as well as underground storages of the Moscow Kremlin and Russian monasteries. It gives an opportunity to trace the history of the Russian monetary system, the development of various types of money through several historical periods, peculiarities of economic relations and trade of the Moscow state. 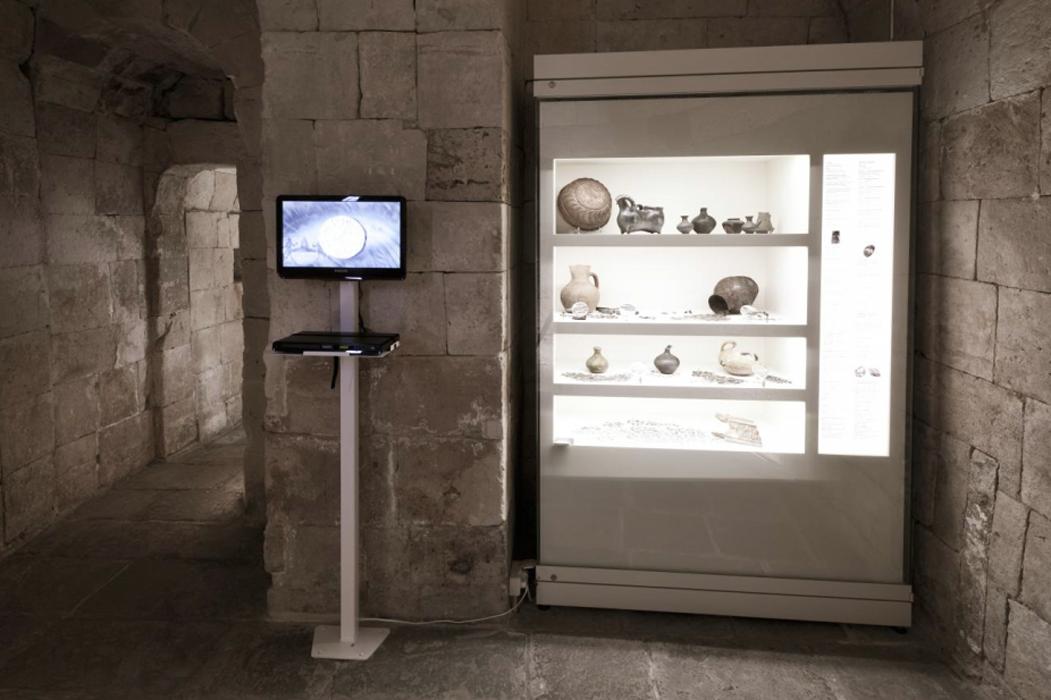